Welcome to The Fix’s weekly news digest! Every Friday, we bring you five important news stories from the world of media — and try to put them in a wider context.

News consumption habits are returning to normal and it seems readers are tired of coronavirus news.

A poll conducted by the Reuters Institute for the Study of Journalism in the UK shows that the proportion of people who often or always avoid news rose from 15% to 22% since mid-April. 59% say they sometimes actively avoid news, up by 10%. The vast majority claim its because COVID-19 news is bumming them out.

This phenomenon is international, with Australians showing a similar increase in coronavirus news avoidance. Wired UK’s Will Bedingfield argues that this trend might be a big problem — not least because more attention to COVID-19 news helps keep people alert and enforce social responses more efficiently.

Prominent American magazine The Atlantic has laid off 68 people, 17% of its staff. Media layoffs are common these days, but this case is particularly interesting since it illuminates several broader trends:

Despite record viewing figures and general benefits of its model, the BBC has its own difficulties. Previously, it was reported that the world’s oldest national broadcaster faces a potential £125 million (€145m) loss in income.

This week, The Guardian reported that the general impact of the pandemic has forced BBC to seriously consider postponing its hiring process to replace the outgoing Director-General Tony Hall. Also, one of the four shortlisted candidates has become embroiled in the scandal over a phone-hacking case.

The New York Times will cease using 3rd-party advertising data, Axios reports, as it is building its first-party data platform over privacy concerns. According to Axios, the publication “will begin to offer clients 45 new proprietary first-party audience segments to target ads” this summer.

This technical piece of news sheds light on the broader privacy concerns around using third-party data to target advertising. Several big media companies, such as The Washington Post and Vox Media, are building their platforms as well.

Yet, this avenue is available only to media giants — The New York Times has over 6 million subscribers and several millions other registered users — who have the base to build from.

Important news for podcasting: one of the most popular podcasts in the world “The Joe Rogan Experience” will become exclusive to Spotify this year.

It’s another bold move in the podcasting industry by Spotify, which purchased Gimlet Media & several other podcasting companies last year. As The Verge notes, this deal is a hit to YouTube, where “The Joe Rogan Experience” has been available before.

This deal also shows the development of the podcasting market. The Wall Street Journal puts the price of Spotify’s multi-year license of the podcast at more than $100 million. By comparison, the whole US podcasting industry attracted less than $500 million in ad revenue in 2018. 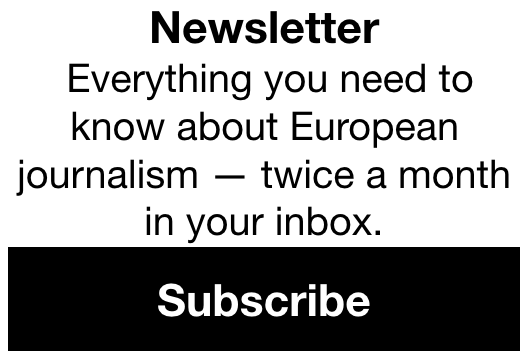